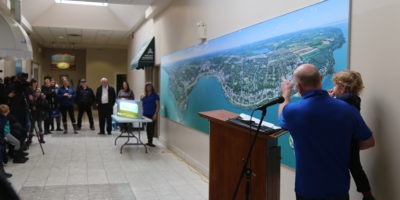 Herman Koeslag unveiled his latest aerial image of Barrie on Friday, and the result is something spectacular. 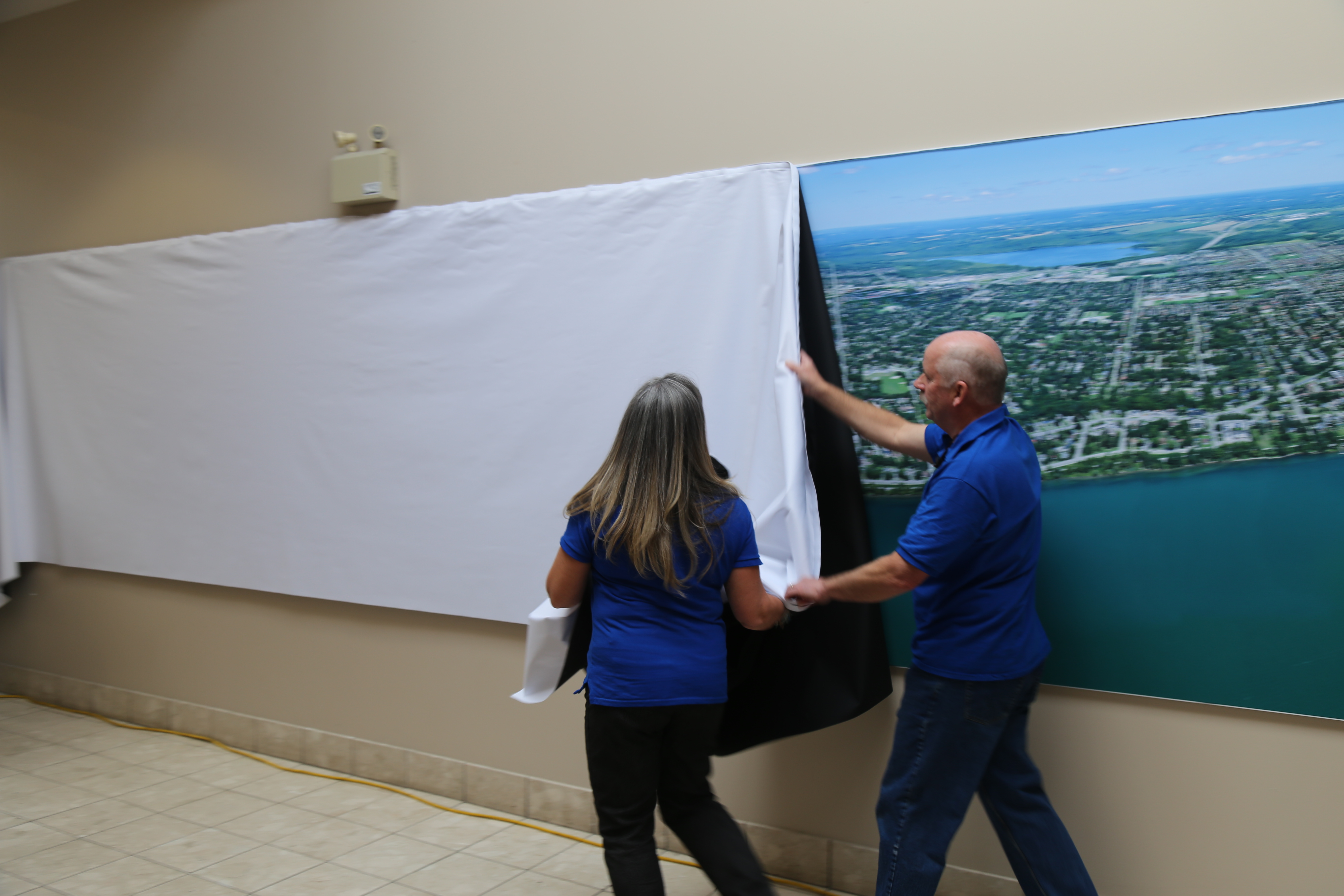 Koeslag last took such an image 8 years ago, and decided that since Barrie had changed so much in the years since his image needed an update. Over the summer he took to the sky to capture the image. The photo is 6 feet high and 29 feet long and currently on display in the lobby of the executive suites at Barrie By The Bay. 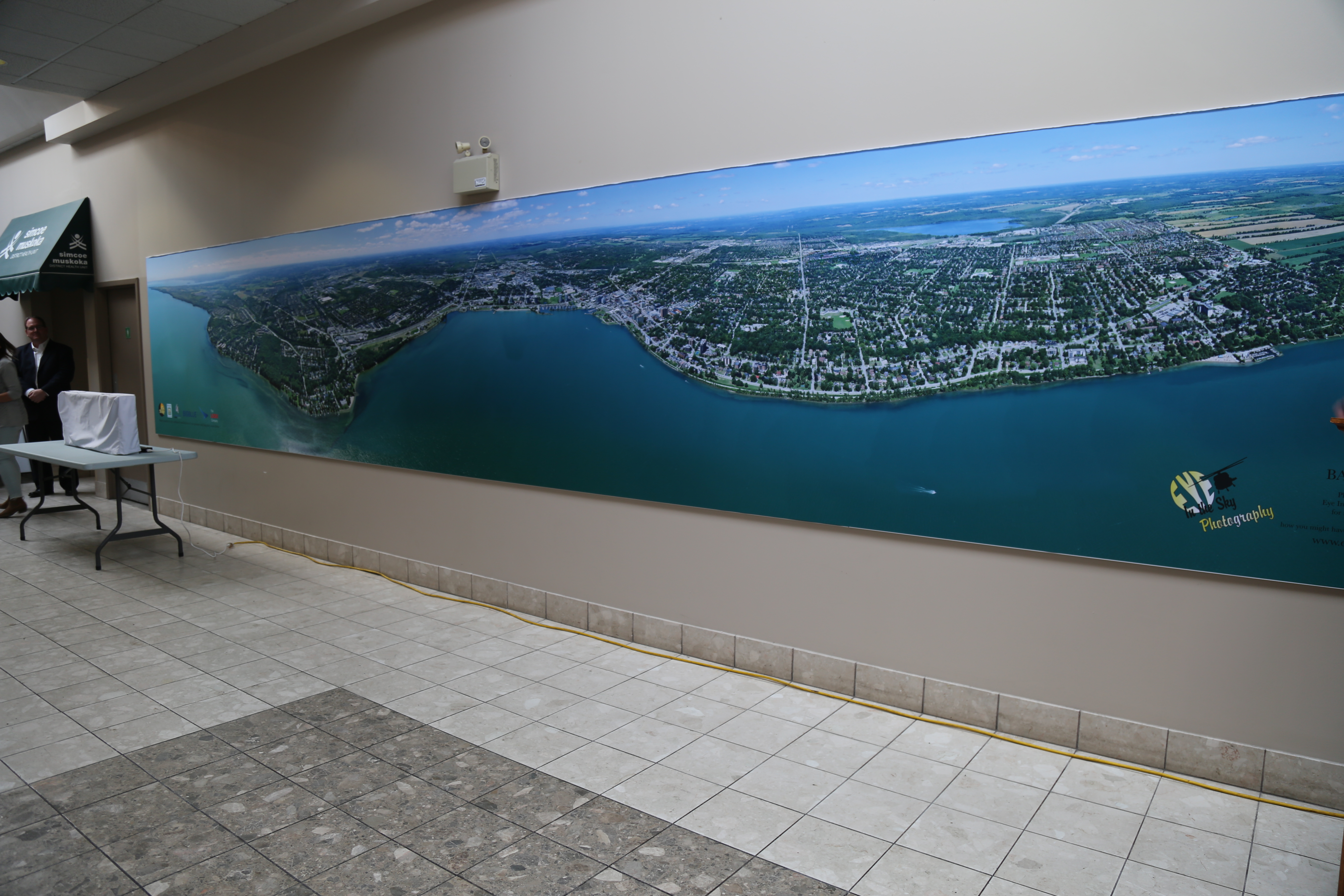 There are plans to put the photo in a more accessible tourist spot, perhaps on a billboard, along with some technology to make it interactive.