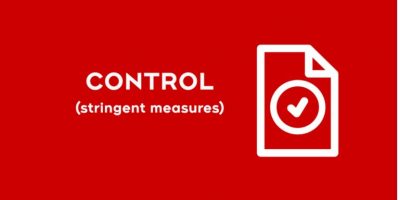 We’re in the Red Zone.

Simcoe Muskoka and 26 other regions transitioned from the stay-at-home order to the province’s colour-coded framework on Tuesday.

The only region to be placed in the grey-lockdown zone is Niagara, while Toronto, Peel, York and North Bay Parry Sound District will remain under a stay-at-home order until at least Feb. 22.

What the red zone means for Barrie, Orillia and Simcoe County:

The shift is not something the region’s medical officer of health fully endorsed at a media briefing last week.

“With the U.K. variant in Simcoe Muskoka, I would prefer that we had been able to keep that control measure, and I think the risk that we’re now taking is that we may have more transmission,” said Dr. Charles Gardner, medical officer of health for Simcoe Muskoka.

“You might have a greater degree of transmission of this much more transmissible virus that has proved to be quite dangerous in the outbreaks that we’ve had, in particular Roberta Place, but we’re also really seeing it very much at Waypoint now as well.”

The outbreak at Roberta Place, a long-term care home in Barrie, has killed 70 residents and infected dozens of staff and household contacts of those employees. Health officials have said the outbreak can be traced to the variant that was first discovered in the U.K.

As of last Tuesday, there was also variant outbreaks at Bradford Valley long-term care and at Waypoint Centre for Mental Health in Penetanguishene, and at several businesses in Simcoe County.

“My concern is that we’re losing an important control measure, and something that is very helpful and effective in reducing transmission,” Gardner said at the media briefing.

Health Minister Christine Elliott said in a release on Friday that the shift from lockdown to the colour-coded framework doesn’t mean it’s time to let your guard down.

“Until vaccines are widely available, it remains critical that all individuals and families continue to adhere to public health measures and stay home as much as possible to protect themselves, their loves ones and their communities,” Elliott said.