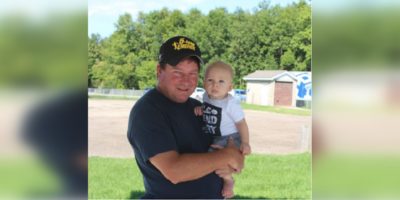 The Township of Springwater is saying goodbye to someone who has been there from the start.

After 42 years of service, Springwater’s Director of Recreation, Parks, and Properties Ron Belcourt is hanging it up.

“It certainly doesn’t feel like it has been 42 years since my first shift when I had to prepare the ice for future Canadian figure skating champions, Michelle Simpson and Brian Orser, to practice,” said Ron Belcourt. “Along the way, I have had the privilege to work with great coworkers, community volunteers, sporting organizations and residents from every part of Springwater. I look forward to the new challenges that await me as I volunteer in the community, spend time at the golf course, and finally attend to the jobs at home that have been put on hold for many years.”

Ron began his career as a rink employee at the Flos Elmvale Arena back in 1977, and later joined Springwater Township when it amalgamated in 1994. He was there to help with the construction of an addition to his former arena, the municipality’s first major project.

“Ron has shown leadership through times of great change,” said Mayor Don Allen. “His dedication and commitment to the municipality has helped build the Township of Springwater into one of the best communities to live in Ontario. His retirement is tremendously well-deserved and we will miss his expertise, wealth of stories and knowledge of the past.”