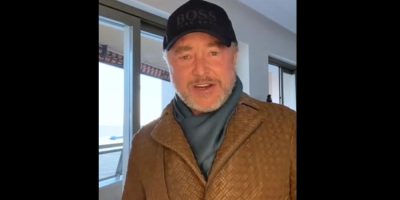 Michael Flatley is fighting an aggressive form of cancer.

The 64-year-old “Lord of the Dance” and “Riverdance” star has undergone surgery and is recovering.

His team posted the news to his Instagram page, saying he is in excellent doctors’ care.

This is Flatley’s second bout with cancer.

In 2003 while doing an interview with MTV, a fan spotted a mark on his skin, which turned out to be malignant melanoma and aggressive skin cancer.

He was treated successfully and later wrote in his biography, “A scare like that makes you even more aware you need to live every moment while you can.”

The Irish-American dancer and Choreographer had a tremendous career in dance and stage production. His most notable role includes “Lord of the Dance,” which was once the most successful dance show ever.

At one point in his career, his legs were insured for $52 million.

He retired from dancing in 2017 due to injuries.