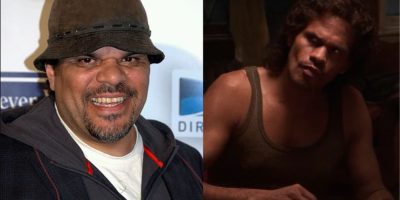 Actor Luis Guzman says he constantly has to tell people he was never in the movie “Ghost.”

The 66-year-old actor is frequently mistaken as “The guy who killed Pattrick Swayze” in the 1990 film.

Guzman recently told “The Rich Eisen Show” that the mistake is still made to this day.

“I could be walking through an airport, a mall, today, and someone would go, ‘Why did you kill Patrick Swayze? What was it like working with Whoopi Goldberg?’ If I had a nickel since that began — I would probably own this studio, an island and a couple of private planes. I swear.”

He used to always correct people, but now he rolls with it by thanking people and playing along.

Catch his interview on “The Rich Eisen Show” below.