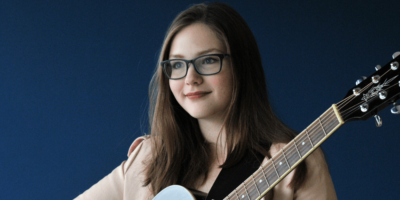 “I got an hour slot on Wednesday, the kick off night, before 10,000 campers and will be opening for The Box (band),” said Mueller, who will be accompanied by a local indi rock band from Barrie called All My Life. “They’re fantastic musicians and they’ll be busking around Barrie this summer too.”

When Mueller isn’t travelling to award ceremonies in the US this summer, she’ll be busking in Barrie, Innisfil and Penetanguishene, part of a program through the OMCI (Ontario Musician Co-Operative Inc.).

While she has performed in the U.S. in the past, the audience at the International Singer Songwriter Association” (ISSA) Awards Show in Atlanta, Tennessee on Aug. 3 will be her largest to date.  She has been nominated in two ISSA Award categories, Rising Star of the Year and Single of the Year for “Exhale”.

She has also been nominated for two Josie Music Awards, slated for Sept. 21 at The Dollywood Theme Park in Tennessee. Mueller currently holds the title of “Young Adult Female Artist of the Year” from the 2018 JMA awards. This year she has been nominated in two categories: Pop/Contemporary Vocalist of the Year and Rising Star of the Year.

“I’m really excited,” said Mueller. “My whole family is going to go down. It’ll be a full road trip.”

Mueller marked her first public performance at the age of eight. She started playing the piano at age six, initially Royal Conservatory of Music, and still loves playing it but the guitar is a more portable instrument and one she uses most for performing.

She currently has four singles out and hopes to release a CD of new music by the end of the year. She received a Factor grant to help with recording costs.

In addition to writing songs and performing, Mueller teaches piano and voice at the Spaulding School of Music.

For the Roxodus Festival, she’ll be playing a mix of covers – classic rock tunes that everyone knows – and original music. She grew up listening to classic rock – her father is a big fan – and her favourite band is Queen.

She will be performing at the Roxodus Festival, Edenvale Airport, July 10 at 8:30 p.m. See https://roxodus.com for more information. 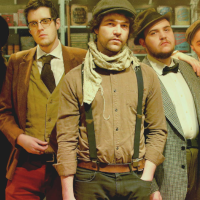