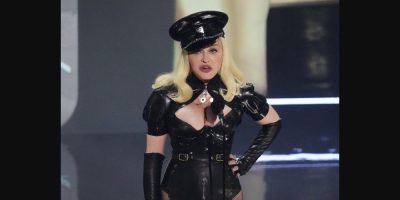 Madonna is hitting the road for a world tour after Amy Schumer dared her to.

Madonna announced the tour on social media with a video of her and her friend’s playing truth or dare.

Schumer double dared her do a world tour playing her greatest hits. And that’s what’s going to happen.

The “Celebration Tour” will celebrate 45 years of her career, including 38 songs on the billboard hot 100.

It kicks off in Canada with a show in Vancouver on July 15, eventually making her way to Toronto and Montreal on Aug. 13 and 19, respectively.

Her final show in North America is on Oct. 7 in Las Vegas before she heads to Europe.

Watch the NSFW announcement below.