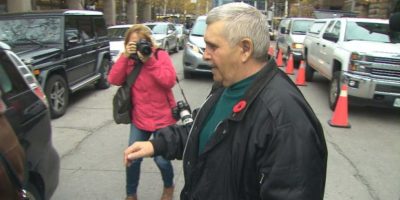 The man who preyed on young boys at Maple Leaf Gardens in Toronto and sexually assaulted them for decades is dead.

Gordon Stuckless pleaded guilty in 1997 to sexual assaulting 24 boys during the 1960s, 70s and 80s while he was employed as an equipment manager at Maple Leaf Gardens. He was sentenced to six years behind bars and then released on parole in 2001 after serving two-thirds of his sentence.

In 2016, he was sentenced to 6.5 years in prison connected to 100 offences for sexually assaulting 18 boys over three decades.

Last December, Stuckless was released from prison and sent to a Hamilton halfway house.

The 70 year old died of a brain hemorrhage on Tuesday.