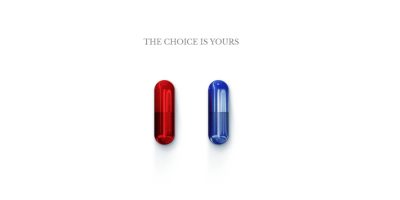 Ever since the rumours began to swirl that the Matrix was returning with a brand-new entry in the franchise, fans have been eagerly anticipating their first taste. Well, now they get it.

A website called “Choose Your Reality” has made a sudden appearance and is asking one simple question: Do you take the blue pill, or do you take the red pill, stay in wonderland and see how deep the rabbit hole goes? Either way, you’ll be treated to some early sneak peek (albeit very short) footage from the movie, including our first look at Keanu Reeves returning as Neo. Be sure to check out the video for both options, as each one contains different footage!

While the plot for The Matric Resurrections has been kept under a tight seal, we do know that one of the Wachowskis will be returning to the director’s chair along with other new and returning stars like Carrie-Anne Moss, Jada Smith, and Neil Patrick Harris. Fans of Hamilton should also keep their eyes peeled for the one and only King George, Jonathan Groff.

The Matric Resurrections is set to hit theatres on December 22 but you won’t have to wait long for more details as the first full trailer will be releasing tomorrow!