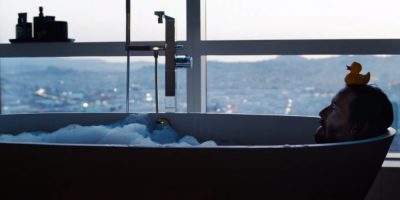 After a Matrix website popped up teasing a big reveal, the first trailer for The Matrix 4: Resurrections is finally here, and we’re happy to report, it doesn’t disappoint!

Striking a remarkably strong balance between scratching that nostalgic itch and being something new in its own right, the trailer shows off the things you’ve come to love and expect in a Matrix movie, like cool action, amazing special effects, and over the top set-pieces all woven into a larger than life sci-fi story. There was also one thing we didn’t expect, but are extremely glad we finally got: Keanu Reeves sitting in a bathtub with a rubber duck on his head.

The movie brings back Reeves in the leading role, alongside Carrie-Anne Moss in arguably her best-known role as Trinity. We also get a look at Yahya Abdul-Mateen II playing a young Morpheus, along with Neil Patrick Harris and Jonathan Groff in their yet unnamed roles.

Related Entertainment News: 2 of the biggest upcoming Tom Cruise movies have been hit with delays

It will be interesting to see if this Matrix will reach the legendary heights of the original, the middling reception of the sequel, or the rather abysmal depths of the third film, but if the trailer is an indication of things to come, things are looking good.