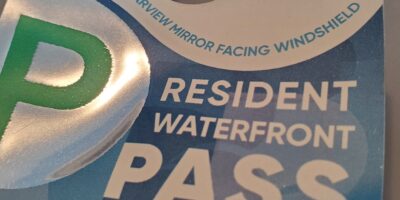 Mayor Jeff Lehman says he’ll wait another week or so to see if measures to address overcrowded beaches have an effect.

He says there was some improvement at Wilkins Park at the weekend but he wants to see more, “If it doesn’t improve I’m just going to close it. I’m not sure there’s any other immediate solution.”

Parking restrictions on streets near the park have yet to take effect – the signs are still being prepared.

Barrie Bylaw handed out over 200 parking tickets over the weekend, but say beach-goers kept a safe distance from others

Overcrowding and garbage continue to be a problem at Tyndale Beach as well. Lehman says a fundamental part of the problem is city services there are not designed for the level of use, “You’ve got one washroom, you’ve got eight garbage cans, and you have 400 people who were there for the day. It’s not enough.” Lehman says on a normal day in the summer there are maybe half that many people.

Lehman admits the city will not be able to address all of the problems. He hopes parking restrictions and increased fines will have an effect. The province has yet to respond to the city’s request to increase fines for illegal parking to $100.

Closing parks and beaches would be the last resort says the mayor, “They’re backyards for people who don’t have one.”