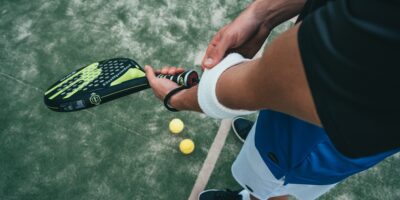 Barrie councillor Mike McCann wanted to take a hard line against the provincial government’s ban on outdoor amenities such as golf, the use of tennis and basketball courts and skate parks.

In fact, he went as far as suggesting Premier Ford might listen if he thought for one moment the city might rebel against his measures.

“Do you think that if Doug Ford hears a city the size of Barrie with the intelligence of Barrie actually wants to rebel against him that he’ll actually hear that message a little louder? My answer is going to be yes,” said McCann.

McCann’s amendment to his motion crossed too many lines for other councillors and was rejected.

He asked that in the best interests of residential physical and mental health, should the province not act to open outdoor physical activities, that staff investigate the feasibility of allowing outdoor spaces in Barrie – including tennis courts, pickle ball courts, sports fields, basketball courts and golf courses and report back by memo by the May 31 city council meeting.

“I want very strong language here. I want very deliberate language,” McCann said. “I am not looking to have a fluff session with our premier. I want this to be strong. I want our residents to know that we’re going to do everything in our power to help with their mental and physical well-being.”

His guns a blazing approach got push back from Dawn McAlpine, the city’s general manager of community and corporate services.

“It is absolutely unacceptable that residents in the City of Barrie can’t go out and enjoy outdoor spaces safely. That’s against the advice of the provincial advisory table,” said Aylwin.

McCann said the premier did not listen to his own experts.

“I really believe Premier Ford is really trying to minimize his risk at the cost to ourselves. We look at obesity, we look at weight gain, we look at mental and physical health, and I don’t believe that those have been factored in. We’re only looking at COVID-19.”

Last week the Ontario government extended the stay-at-home order until June 2 and did not give any wiggle room to reopening outdoor facilities.

Even the province’s scientific advisory table has said publicly closing off outdoor amenities will do nothing to curb the spread of COVID-19.

At Queen’s Park on Monday, the Ford government rejected an NDP motion to safely and immediately reopen facilities including golf courses and tennis courts.