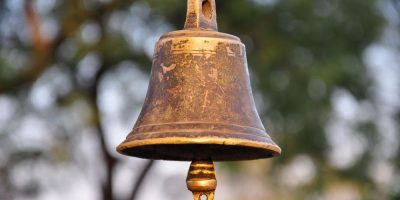 courtesy of the Métis Nation of Ontario

The Huron-Superior Regional Métis Community is asking Sault Ste. Marie residents to listen for the sound of church bells tomorrow. The bell at the 136 John Street church will ring 171 times calling attention to the 171 years that have passed since the Crown made a commitment to the Sault Ste. Marie Métis Community regarding their right to the land– a solemn commitment that remains unfulfilled.

In the autumn of 1850, government-appointed Treaty Commissioner William B. Robinson made a promise on behalf of the Crown that the lands along the St. Mary’s River, upon which the Métis community resided, would be respected and protected. Commissioner Robinson’s assurances were documented in the written record as well as in Métis oral history.

October 21, 2021 marks the 171st anniversary of Treaty Commissioner Robinson submitting his report and recommendations to the Crown, that included the Crown promise to protect Métis lands that are now downtown Sault Ste. Marie. Along with his report, Robinson submitted two petitions to the Crown. One petition was from the Métis community and the other was from the local Anishinaabek Chiefs, including Shingwaukonse and Nebainagoching, who wrote in support of the Métis right to the lands.

“In our culture, church bells have always been messengers – they call us for important events, births, funerals, meetings – today this bell will ring out on our behalf and will call on Canada to fulfill their promise,” said Mitch Case, Métis Nation of Ontario (MNO) Regional Councillor. “This bell will also be heard in the spirit world and our ancestors will know we have not forgotten what they worked for.” The Huron-Superior Regional Métis Community will ring the church bells as a reminder of these promises made to the Métis and in a call for justice and reconciliation.

The bell in question lives in the steeple of the former St. John’s Anglican Church in Sault Ste. Marie, the three-building church complex was gifted to the Historic Sault Ste. Marie Métis Council (HSSMMC) in 2017 by the Anglican Church as an act of “tangible reconciliation” in recognition of the existence of a Métis burial ground on the site. HSSMMC has done extensive renovations and is converting the site into a community centre including a program and service delivery hub, community hall and museum.

“We have made significant gains in having our right to self-government recognized and affirmed, we continue to find ourselves without a process or a willing partner in Canada to settle these outstanding issues. Reconciliation is not possible without these issues being addressed. Our elders have been clear in their conversations with me, that I need to make this ‘priority one’ as the representative of this community,” said Case “The Honour of the Crown is at stake and the principle of Reconciliation demands a process be established without further delay.”

“The broken Crown promise to protect Métis in Sault Ste. Marie are not the only issues affecting Métis communities stemming from the lack of a Métis Claims Policy at the Federal level,” said Margaret Froh, Métis Nation of Ontario President. “Métis in Penetanguishene, Sault Ste. Marie, James Bay and Northwestern Ontario all have outstanding issues to be addressed by the Crown, to say nothing of the significant issues for other Métis communities across the Homeland, such as the fraudulent scrip system in Western Canada – our people deserve and demand a fair process.”

The call for a federal process is not just coming from the local community. “For generations, Métis leaders have taught us that the rights to land, self-government, and self-determination are just in any society,” said Métis National Council President Cassidy Caron. “Our history has been one of righteous resistance, trying to make those ideals a reality. We must continue holding Canada accountable for the promises they’ve made to Métis people and find respectful ways of working together to achieve lasting justice.”

“On behalf of the Métis National Council, I would like to thank your dedicated volunteers and elected leaders for their indelible contributions to the Métis Nation. I encourage you to keep sharing your community’s stories and fostering the relationships that have always been our Métis people’s greatest strength,” said Caron.

The MNO invites Sault Ste. Marie residents, and people across Ontario, to take time to learn more about the history of the Métis community and the outstanding promise that remains unfulfilled.