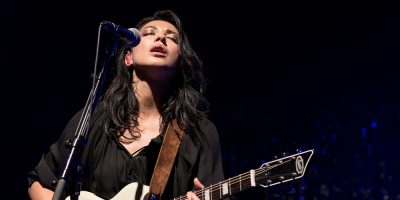 According to TMZ, Michelle admitted she slapped the Black Keys drummer in the face one to two times.

Before the incident, Branch announced the couple was splitting up after three years of marriage and claimed Carney was unfaithful.

She said, “To say that I am totally devastated doesn’t even come close to describing how I feel for myself and for my family. The rug has been completely pulled from underneath me, and now I must figure out how to move forward. With such small children, I ask for privacy and kindness.”

She was released on bail a short while later and has a court date.

The couple was married in 2019 and has young children.