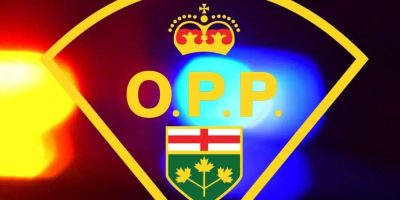 OPP say a search for a male with a weapon who fled a domestic incident in Midland ended in his arrest – thanks to assistance from the public.

On Friday at 8:00 p.m., Southern Georgian Bay OPP responded to a residence on the east side of town.

Officers investigating an assault allegation say they learned that the male suspect fled the residence and was believed to be carrying a rifle-style weapon.

Police were assisted in the search by the canine unit, emergency response team, and the tactics and rescue unit.

At 11:15 p.m., after receiving information from the public, they located and arrested the suspect on Elizabeth Street. OPP say a knapsack was located nearby the male and contained the weapon and a quantity of controlled substances.

The 37-year-old, of no fixed address, faces the following charges:

He was held for a bail hearing on Saturday.