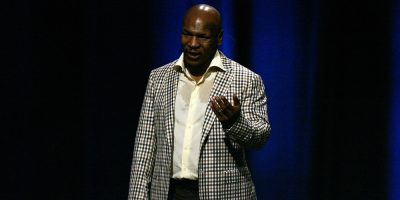 People are concerned for Mike Tysons health after he was photographed in a wheelchair at a Miami airport.

The former heavyweight champion posed for selfies with fans while in the chair, and a walking stick in his lap.

According to the New York Post, Tyson’s been dealing with back issues, including a sciatica flare-up. He was also spotted using a walking stick while walking around NYC a few weeks ago.

In a recent episode of his podcast “HotBoxin” Tyson spoke about aging saying “I look in the mirror, I see those little spots on my face, I say, ‘Wow. That means my expiration date is coming close, really soon.’ ”

However, many say his issues are nothing serious and it’s just an occupational hazard.

A post shared by Hotboxin' with Mike Tyson (@hotboxinpodcast)