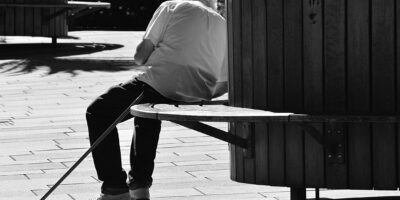 A day after a scathing CAF report on what’s happening inside some of Ontario’s long-term care homes, a military report on Quebec’s situation points out staffing and personal protective equipment shortages.

“There’s some concerning issues that were raised in the report,” said Prime Minister Justin Trudeau.

Trudeau will be bringing up long-term care measures during his premiers call.

Speaking from the steps at Rideau Cottage on Wednesday, Trudeau said his first priority is to ensure the assistance needed now from the military will be provided.

“Discussions will be had with premiers on what more can be done, for the future, even after the pandemic.” Trudeau said. “Long-term decisions need to be had though.”

At 5 long-term care homes in Ontario, Military members saw cockroaches, and expired meds. The report found staff were reusing supplies, leaving residents in dirty diapers and unbathed for weeks. It said residents crying out for help were ignored by staff.

Officials in Quebec made the report public this morning.

The Quebec report looked at 25 homes where members of the military have been deployed at.

The military says some of those homes had equipment and staffing issues when they arrived but that the situation has since improved.

Both Ontario and Quebec sent out formal requests to extend military deployment at long-term care homes for another 30 days.

While acknowledging they will oblige, Prime Minister Trudeau said Canada should not “have soldiers taking care of seniors.”

The latest request for military assistance comes after Ontario and Quebec formally requested the help of hundreds of soldiers back in April to bolster front-line care workers overwhelmed by COVID-19 outbreaks.

Trudeau says the support given to our seniors is not up to scratch and he believes the poor conditions, detailed in the CAF reports, existed long before the spread of COVID-19.

“We must, as a country, improve the situation in those care homes,” Trudeau said.

In terms of a national inquiry, Trudeau says he’s not taking anything off the table, but that he respects provincial jurisdiction. “We will offer federal help where needed.”