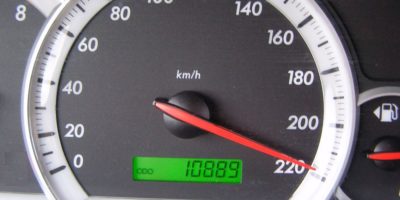 An Innisfil man is facing a few charges after police say he was caught taking his motorcycle for a high-speed joy ride.

Police say the driver was caught hitting high speeds along Shore Acres Drive near Yonge St. in Innisfil around 3:00 Friday afternoon. The radar gun read 192km/h in an 80 zone, fast enough to justify a Stunt Driving charge. The 29-year-old man had his licence suspended for seven days, while his bike was impounded for the same duration.

Meanwhile, a 23-year-old man is facing a DUI charge following a traffic stop in Bradford. South Simcoe Police pulled the vehicle over along Barrie St. around 1:30 this morning, claiming the driver failed a roadside test. The Bradford man is also charged with being a G1 driver unaccompanied by another, and out after G1 curfew. His novice licence was suspended for 90 days.