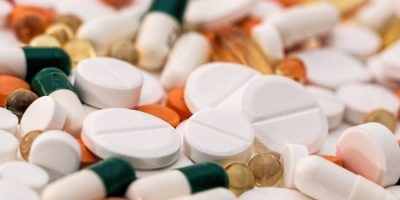 The City of Barrie has taken another step to combat the opioid crisis, which is ravaging communities across Canada.

As part of a pilot project, 27 Naloxone kits have been installed in municipal buildings that have public access such as the transit terminal, City Hall, both public library branches, recreation and community centres, as well as the Five Points Theatre, the MacLaren Art Centre and other locations.

According to the website of the Canadian Mental Health Association, Naloxone is a medication that can temporarily reverse the effects of an opioid overdose and allow time for medical help to arrive.

The local branch of the CMHA is the lead agency that has worked with other organizations to establish a supervised consumption site (SCS) in Barrie.

A location at 11 Innisfil Street was approved by city council last May.

Final approvals are in the hands of the federal and provincial governments.

Mia Brown, a program manager at Simcoe Muskoka District Health Unit, told Barrie 360 the applications were submitted in October 2021, and they remain under review.

The Ontario government has said it will fund 21 supervised consumption sites. In February, the 17th location received funding, when the province committed $1.35 million annually for an SCS in Peterborough.

Awareness about the opioid crisis has also resulted in a call to action on other fronts.

“I think a lot of workplaces have an interest in incorporating Naloxone in their first aid and CPR training,” says Brown. “

Those high-risk settings, according to the provincial government, include construction sites, bars and nightclubs.

“Approximately 2,500 people died from opioid-related causes between March 2020 and January 2021 – of the victims who were employed, 30 per cent were construction workers, by far the most of any industry impacted. Bars and nightclubs are also seeing increased opioid usage, which often involve recreational drugs laced with deadly opioids such as fentanyl and carfentanil,” the province said in a news release on March 1.

Brown says after the start of the pandemic, opioid poisoning deaths increased sharply both locally and provincially, doubling to 12 per month in Simcoe Muskoka from April 2020 to June 2021.

There are a number of factors at play, says Brown.

“A change in access to the drug supply, increased contamination of the street supply, overall stress, and people using drugs alone due to physical distancing measures during the pandemic,” she explains.

Having Naloxone on hand was critical to saving a woman in Barrie at the weekend.

Natalie Harris, a Barrie city councillor, and a woman Harris identifies as Jackie from the Gilbert Centre, were flagged down by a person who was on the fourth floor of the downtown parkade.

Both women were across the street at one of the city’s warming centres when they noticed the person waving for help.

Harrris says they found a woman unconscious who had already been given two doses of Naloxone and had to be given two more.

She also experienced a seizure, but was revived and was able to exit down the stairs of the building with the aid of paramedics.

Brown says people who use drugs or have friends that do can access Naloxone kits at pharmacies at no cost.