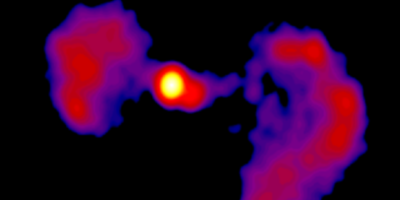 Scientists have spotted an active galaxy far, far away — and it looks like it could join Darth Vader’s fleet.

Located 500 million light-years away in the Cassiopeia constellation, Galaxy TXS 0128+554 bears a striking resemblance to the iconic aircraft from Star Wars. According to a paper published Tuesday in The Astrophysical Journal, the galaxy is active, meaning all of its stars are not capable of providing the amount of light emitted by the galaxy on their own.

The supermassive black hole at the centre of the galaxy has a mass about one billion times that of our sun. It is blasting out jets of energy spanning 35 light-years across in opposite directions at nearly the speed of light, which scientists believe produce gamma rays — accounting for the excess light.

Around one-tenth of active galaxies produce these jets — which appear in this case like the starfighter’s wings  — when gas and dust build and heat up due to gravitational and frictional forces.

Scientists have been studying the galaxy for about five years, after NASA’s Fermi Gamma-ray Space Telescope reported that it is a source of gamma rays, the highest-energy form of light. Years of data were needed to confirm the finding because TXS 0128 is about 100,000 times less powerful than most of the other 3,000 active galaxies observed.

“After the Fermi announcement, we zoomed in a million times closer on the galaxy using the VLBA’s radio antennas and charted its shape over time,” Matthew Lister, a professor of physics and astronomy at Purdue University in West Lafayette, Indiana, said in a news release. “The first time I saw the results, I immediately thought it looked like Darth Vader’s TIE fighter spacecraft from ‘Star Wars: Episode IV – A New Hope.'”

Not only was the symbol a “fun surprise,” its appearance actually helped researchers. Lister said viewing the galaxy core at various radio frequencies yielded new information on how active galaxies change dramatically over time.

The galaxy’s shape looks different depending on the radio frequency used. The TIE fighter shape emerges at 6.6 gigahertz (GHz). Alternatively, at 2.3 GHz, the galaxy looks like an amorphous blob, and then at 15.4 GHz, a clear gap appears between the core and its jets.

“The real-world universe is three-dimensional, but when we look out into space, we usually only see two dimensions,” said Daniel Homan, a co-author and professor of astronomy at Denison University in Granville, Ohio. “In this case, we’re lucky because the galaxy is angled in such a way, from our perspective, that the light from the farther lobe travels dozens more light-years to reach us than the light from the nearer one. This means we’re seeing the farther lobe at an earlier point in its evolution.”

The gap may be due to a brief lull in the galaxy’s jets. They appear to have started about 90 years ago, as observed from Earth, then continued before stopping about 50 years later. Then, about 10 years ago, the jets started again, but scientists are still not sure why.

“This galaxy reminds us of the importance of multiwavelength observations, looking at objects across a wide range of the electromagnetic spectrum,” said Elizabeth Hays, the Fermi project scientist at NASA’s Goddard Space Flight Center in Greenbelt, Maryland. “Fermi, the VLBA, and Chandra each add a layer to our growing picture of this object, revealing their own surprises.”

The TIE fighter galaxy joins Saturn’s Death Star moon Mimas and a Jabba-the-Hutt-shaped rock found on Mars. Hopefully, astronomers locate some Jedi symbolism next to bring some balance to the universe.

banner image shows TXS 0128 at 15.4 gigahertz as observed by the Very Long Baseline Array (VLBA), a globe-spanning network of radio antennas. The colours correspond to the radio signal’s intensity, from low (purple) to high (yellow). NRAO 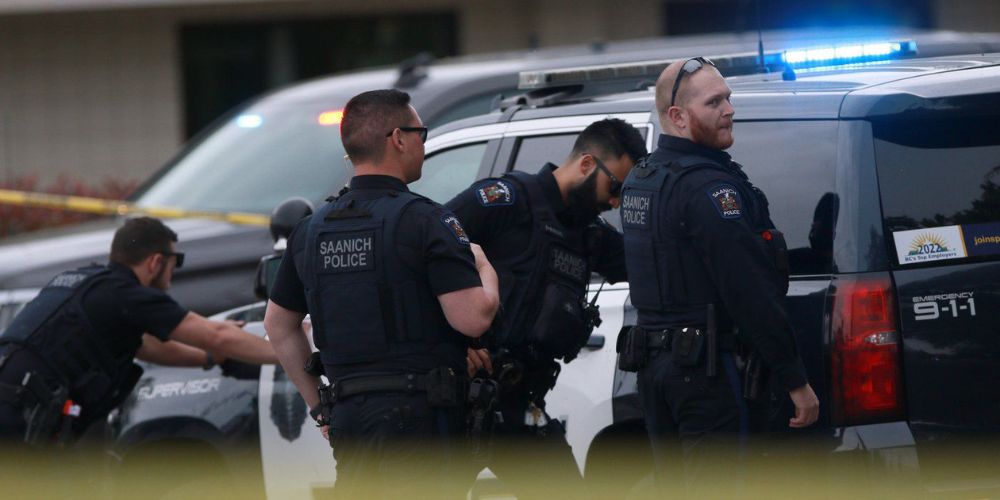