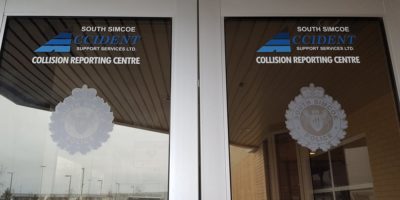 A pair of collision reporting centres promises to free up officers to deal with other matters, while making the process a little less painful on drivers.

South Simcoe Police Chief Andrew Fletcher was among the ribbon cutters at the Innisfil reporting centre Tuesday morning, marking the grand opening of both centres. He says not only will the centres free up front line officers for other matters, the centres can share information with similar facilities across the province, “Two drivers, if they leave because they think it is a minor collision with a minor dollar value, but then they find out that there’s a lot more than a thousand dollars [damage] then they can report it to us within a 24 hour time period, at a different location. You’re not going to ask someone who lives in Toronto to drive back to Innisfil just to report a crash.” 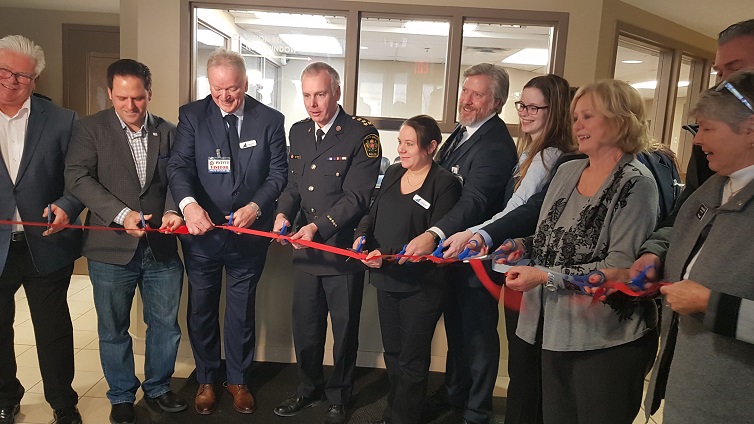 South Simcoe Police respond to around 130 collisions a month, while Chief Fletcher says they can now decide right away whether an officer is needed to attend  “Once they believe the damage is so severe that it’s over $1,000 they must report it to the police. They make that call to the police station, to our communication centre, then they’ll make the determination as to where the closest location is, what is the appropriate time to report, but its within 24 hours they have to report it.” It is predicted the centres will save around 1,700 man hours annually.

He adds that consideration is taken if injuries are involved. “…it depends on the severity of the injuries. If its minor injuries and its still drivable, and they don’t require paramedic care on the side of the road, then we will encourage them to come to the reporting centre. If their injuries are such that they need care from paramedic services, then we will still deal with that on the front lines.”

One is located just outside the South Simcoe Police North Division offices at 2137 Innisfil Beach Road, the other at the South Division. 81 Melbourne Drive in Bradford. The north centre will operate from 9-5, the south is open 11-7. Chief Fletcher says the hours of operation are based on a study of peak collision times. Both these centres come at no cost to police or residents; it is provided by South Simcoe Accident Support Services Ltd.

Barrie’s Collision Reporting Centre is based at the Barrie Police Headquarters on Sperling Drive, and has been in operation since 1997.