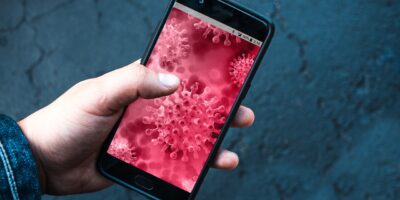 Turns out there is a hiccup with the COVID-19 contact tracing app unveiled by the federal government.

The download requirements mean users must have Apple or Android phones made in the last five years, and a relatively new operating system.

Ontario is the first province to make the voluntary app available, which alerts users if they have come in contact with a person who has tested positive for the virus, without collecting personal data.

Don’t point the finger of blame at those who designed the app, according to Christopher Parsons, a senior research associate at Citizen Lab, part of the Munk School of Global Affairs and Policy.

Parsons said criticism should be directed at the federal government. He said the issue of needing an app that works with older smartphones was known from the start.

He points out the contact tracing app will not work properly unless 65 to 80 per cent of all Canadians use it, and he said that’s not possible right now.

He said the groups worst affected by the pandemic are Black, Indigenous and people of colour, the same group that’s not going to be able to install the application.

Parsons had nothing but praise for those that designed the app, such as the ease of use and the ability to perform in both official languages.

A spokesperson for the federal government said questions about the technical aspects of the app should be directed at Apple and Google. The spokesperson did not offer a timeline as to when the problem might be fixed.