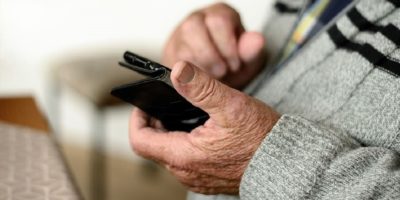 A Newmarket senior who was scammed out of $100,000 in a grandparent scam has shared his story in a video posted by York Regional Police in a bid to prevent others from becoming victims.

The video shows two detectives interviewing an 81-year-old who they call Nicky.

Nicky thought he was speaking to his grandson on the phone who asked him for money to get him out of a tough situation.

They received a call from a person they believed to be their grandson who told Nicky that he had been arrested while he was a passenger in his friend’s car, and he was unaware that inside the vehicle it contained illegal drugs and a gun.

The caller informed Nicky that a judge requested bail money for his son’s release.

In the interview, Nicky says a second person came on the line who claimed to be an RCMP officer and “reiterated what my grandson had said to us.”

“He also said that the judge had issued a gag order on the proceedings because of the narcotics that were involved. He was asked not to discuss it with anybody, not even anybody in our family.”

The fraudulent officer convinced the couple to make four separate payments to help their grandson.

“So my wife and I decided that we would try to get it because it’s our grandson. I mean, we didn’t think of it being not true. And so there’s all that emotion, we decided that yes we would help him.”

Nicky said he and his wife have a great relationship with their grandson.

“It was our grandson. We felt we had to do it.

York Regional Police have received more than 50 reports of grandparent scams so far this year, up 100 per cent from 2021.