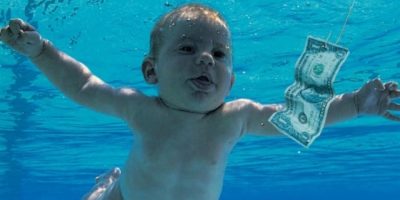 The Nirvana baby lawsuit has been dismissed a third and final time.

Last year, 31-year-old Spencer Elden filed a lawsuit against the band and several others, claiming the picture of him when he was four months old was child sexual exploitation.

Elden was four months old when photographer Mark Weddle took a picture of him naked in a swimming pool during a photo shoot.

The picture was the front cover for the Bands 1991 album “Nevermind.” and was chosen from several photographs of babies.

His parents were paid $200 to use the photo.

Elden was seeking $150 thousand from 15 people and defendants, including the bands surviving members, Dave Grohl and Krist Novoselic, along with Kurt Cobain’s Widow Courtney Love.

In an eight-page ruling, an LA Judge stated, “Mr. Elden had learned about the album cover more than 10 years ago; he had waited too long to file his lawsuit, making his claims untimely.

It marks the third time the lawsuit has been dismissed and based on the judge’s motion, it will be the final time.

Elden has recreated the album cover several times over the last 25 years, but never fully naked.