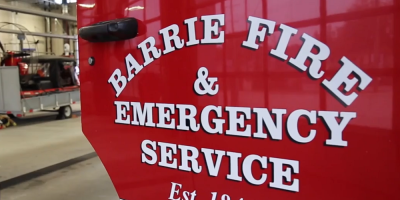 There is no sugarcoating a video released by the Ontario Fire Marshal (OFM) on its Twitter account titled “Cause for Alarm.”

The video is blunt and grim and is part of a larger campaign undertaken by the OFM in September to draw attention to the need for working smoke alarms.

As of September 2022, there have been 80 fatal fires in Ontario that have killed 96 people. Last year there were 100 fatal fires that claimed the lives of 121 people.

The fictitious video has a child in distress who calls 911 and tells the emergency operator that “Me and my mom, we are trapped in the basement.”

The child is heard saying that their mom isn’t waking up.

“I can’t see at all. I can’t leave. There’s smoke everywhere. Please,” the child cries.

Warning: Viewer discretion is advised. This chilling audio reveals the mere seconds you have in the event of a #fire. That missing sound could be the difference between life and death. #CauseForAlarm pic.twitter.com/qnF2EwVBi4

The OFM hopes the message is clear and that people need to check their smoke alarms.

Numerous fire departments across Ontario have shared the video, and each fire service does caution the content could be disturbing for those dealing with trauma.

The release of the video comes ahead of Fire Prevention Week from October 9-15.

This year’s theme is how to create a home escape plan.