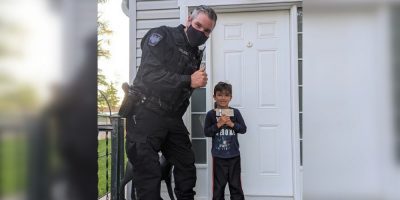 South Simcoe Police have rewarded an Innisfil boy for doing the right thing after he found a $100 bill in his schoolyard.

Last fall, Oliver found the cash and turned it into the school office. The school reached out to police who held onto the money hoping the owner would come forward. But no one claimed the cash. If found property is not claimed, the finder can make an application to the Police Services Board (PSB) to claim the property. In this case, the application was made by the South Simcoe Police Service Property Unit.

The PSB approved the request to reward Oliver for doing the right thing.