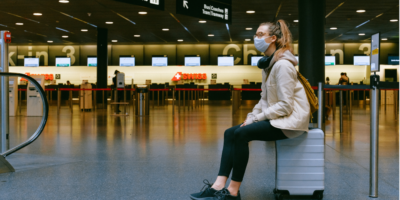 As the Omicron variant continues to spread around the world, the federal government on Wednesday advised Canadians to stay put and avoid non-essential foreign travel

At a news briefing with several cabinet ministers and public health officials, Health Minister Jean-Yves Duclos urged against travel outside the country.

“To those who are planning to travel, I say very clearly, now is not the time to travel. The rapid spread of the Omicron variant on a global scale makes us fear the worst for Canadians that may think of travelling,” he said.

The travel measure will be in place for a month, said Duclos, at which time the government will reassess the epidemiological situation.

“We know that this may sound very drastic to many listening, but we must avoid overloading our hospital system and our healthcare workers,” he explained. “The situation abroad is already dire in many places and it’s going to get worse quickly, so we’re afraid for what could happen if they leave Canada.”

As well, the Public Health Agency of Canada (PHAC) will ramp up the mandatory arrival testing program at the country’s airports.

Duclos is promising to do more than 17,000 arrival tests a day, a number used by the government last week.

Transport Minister Omar Alghabra was not clear if the arrival testing program would apply to people coming from the U.S., except to say if Ottawa feels the need to change its policies, the government will announce it as quickly as possible.

“For now, we’re monitoring it,” he said.

Currently, fully vaccinated Canadians and permanent residents returning home after short trips of 72 hours or less to the United States and abroad do not have to provide proof of a negative molecular test, such as a PCR test.

For longer trips, anyone coming into Canada from international locations is required to have a negative PCR test within 72 hours of their scheduled departure in order to board the aircraft and to avoid a potential 14-day quarantine when they arrive.