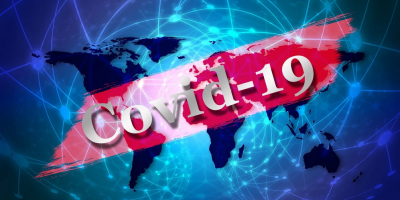 The Omicron variant of SARS-CoV-2 is the latest strain of the coronavirus to be designated a “variant of concern” by the Centers for Disease Control and Prevention: more and more cases are being reported around the world, and it has an unusual combination of mutations that may enable it to spread faster and overcome some of the body’s defenses.

Scientists are still trying to determine how effective current vaccines are against it, and some early data suggests the people who have survived a prior case of the virus may be at heightened risk of reinfection.

How dangerous is the new variant?

While few of the recent cases spotted outside Africa have been severe so far, health authorities caution it will take weeks to assess the true risk of transmission, hospitalization, or death.

In Europe, officials cautioned that younger vaccinated travellers – who have made up the majority of early cases – tend to be healthier than the general population and may have more protection against severe disease. Half of the cases in Europe have been asymptomatic, and the other half had only mild symptoms.

If severe cases occur at the same rate with Omicron as with Delta, hundreds of cases would need to be identified before seeing patients with complications.

“Severity outcomes often take several weeks to accumulate and longer to be evident at the population level, impacting hospital rates,” the European CDC said on December 2.

For early signs of the impact of Omicron might have on the protection offered by COVID-19 vaccines, prior infection, and medicines, scientists will need to test antibodies drawn from people’s blood against the virus itself or mock-ups engineered to look like Omicron’s distinctive mutations.

Out of Hong Kong, the CDC published a study on December 3 suggesting Omicron may be transmissible enough to evade already strict quarantine measures in many countries.

In South Africa, where the country has reported an unprecedented surge of infections driven by the variant, officials are investigating a “sharp increase” of cases in hospitalized younger children not seen in previous waves.

South Africa’s National Institute for Communicable Diseases has also said that the new variant does not seem to be leading to worse or different symptoms. However, residents appear to be at greater risk of reinfection from Omicron, scientists concluded from early data of the variant’s spread in a recent study that has yet to be peer-reviewed.

“Right now the South Africans, as we mentioned, because of the volume of cases that they have thus far, are ahead of us in the sense of being able to take a look at differences in protection, immune evasion, the severity of disease in people who have either been vaccinated, people who have been unvaccinated, or people who have recovered from prior infection,” Dr. Anthony Fauci, the president’s chief medical adviser, told reporters on December 3.

Where did Omicron come from?

Omicron appears to have evolved separately from the Delta variant, descending from another strain that appeared in mid-2020. Some scientists speculate it may have accumulated so many changes while evolving for months in animals or an immunocompromised person.

“The Omicron variant is the most divergent variant that has been detected in significant numbers during the pandemic so far which raises serious concerns that it may be associated with significant reduction in vaccine effectiveness and increased risk for reinfections,” European health officials said on November 26.

Will current vaccines be changed?

Moderna, Johnson & Johnson, and Pfizer and BioNTech all say they are already preparing for the possibility they will need to change their vaccines to target Omicron.

The CDC said on December 2 that it anticipates vaccination will “continue to offer protection against hospitalization and death” from Omicron, but that the mutations identified by scientists will likely result in “significant reductions” of the ability of some types of antibodies from vaccination or a prior infection to neutralize the virus.

If Omicron is determined to be a “vaccine-escape variant,” Pfizer and its German partner BioNTech say they could produce “a tailor-made vaccine” in around 100 days, and file for emergency use authorization from the FDA. Moderna says its Omicron-specific booster could be advanced to testing within three months, in addition to other booster candidates they are already developing.

The vaccines currently used were designed to target the early strains of the virus, though health officials have said they have been preparing for the possibility that the shots would eventually need to be changed — like the annual flu shot — to respond to new variants.

“I actually think we’re in a really good place with the technologies we have, because if a new variant came along, it would probably be a matter of very few months before we would be mass-producing a vaccine against that variant,” Dr. Peter Marks, the FDA’s top vaccines official, told an American Medical Association webinar in mid-November.

“The spike protein, if it changes, it can be easily then shifted back into the vaccine manufacturing process, not just for the mRNA, but for other vaccines as well. We won’t have to go back to square one and do large scale clinical trials,” said Marks.

Test manufacturers and the FDA say widely used rapid and lab-based PCR tests for COVID-19 “show low likelihood of being impacted and continue to work” to detect whether people are infected by SARS-CoV-2.

And some tests may even help accelerate the ability of health officials to track and investigate cases of Omicron. Unlike the Delta variant, cases of Omicron can lead to the same “S-gene target failure” seen in positive tests for infections by the Alpha variant earlier in the pandemic.

Some countries have been using this quirk in some COVID-19 tests to prioritize which samples collected from recent positive tests should be sequenced, speeding their investigations into whether Omicron caused the infection. The FDA recently reported 26 different test kits that labs can use to screen for potential cases.

“You can get a sense before you do the whole genome sequencing of what proportion of the samples that are testing positive might be this variant,” Richard Lessells, an infectious diseases specialist at the University of KwaZulu-Natal said at a press conference with South African health officials on November 25.