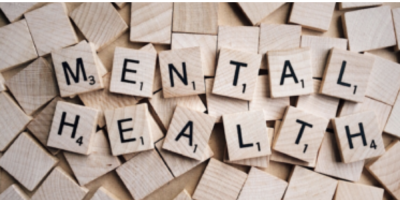 A survey by the Canadian Mental Health Association (CMHA) has found more Ontarians are accessing mental health supports than at any other time during the pandemic.

In a news release from CMHA, the agency said one in four people (24 per cent) have sought help for their mental health challenges, according to the survey, an increase from the 17 per cent last winter and nine per cent nearly two years ago.

Lynne Raimondi, fundraising and communications spokesperson for CMHA Simcoe County, said it is positive people are seeking help. She added they are seeing that increase in capacity at the local agency.

The survey data also shows that while people have had their ups and downs, their levels of mental health distress are similar to the start of the pandemic. This is particularly true with rates of stress, anxiety and depression.

“We know that mental health is a continuum,” said Raimondi. “A person’s wellness is impacted by so many factors such as having connections with friends and family, a job or volunteer position, a place to live and food on the table.”

Substance use is also roughly the same as the start of the pandemic, where one in four Ontarians are still consuming more alcohol, cannabis or tobacco.

CMHA Simcoe County offers a blended model of virtual and in-person support, as well as a 24/7 crisis line and services program.

When respondents were asked about their outlook about the future of mental health, 77 per cent, up from 69 per cent when the pandemic began, said Ontario is on track for a “serious mental health crisis when this is over.”

“We’ve conducted four polls during this pandemic because we wanted to get a sense of how people are doing nearly two years in,” said Camille Quenneville, CEO, CMHA Ontario. “Needless to say we’re very concerned that the numbers are going in the wrong direction and people are not improving.”

The survey also found Ontarians are not finding the supports as effective as at the start of the pandemic, with about 65 per cent now reporting that mental health supports are helpful, down from 77 per cent near the beginning of the pandemic.

“This is troubling as it may be an indicator that people’s mental health challenges are more complex than they might’ve thought,” said Quenneville. “Many people might be saying they’re fine but that’s not what we’re seeing in the data.”

“We will continue to monitor these trends because, as we know, mental health is a continuum and people’s moods and feelings can change with a return to normalcy,” she said.

Mental health and addictions support have remained available through the pandemic at CMHA branches across the province. You can find your local CMHA branch at cmha.ca/find-your-cmha.