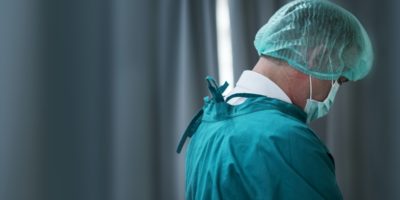 After three straight days of declining daily numbers, Ontario reported 525 new cases of COVID-19 on Tuesday and 59 deaths, a new single day high in fatalities. The Ministry of Long-Term Care reported 34 new deaths in residents of their facilities. Province-wide there are currently outbreaks at 154 long-term care homes, including three nursing homes in Barrie. And newly released data Tuesday from the Ministry of Long-Term Care showed 705 residents of long-term care homes in Ontario have died of COVID-19.

Related: 1,000 non-emergency surgeries cancelled at RVH since mid-March due to pandemic

The spike in reported cases and deaths on Tuesday comes just one day after the province said it needed to see a 2-4 week decline in new cases in order to begin re-opening the economy. Premier Ford says the framework released yesterday is the “start of the process” and he says more details will come this week that will include “clear sector specific” labour guidelines.

52,700 cancelled or postponed procedures during pandemic

Ontario’s Financial Accountability Office released a new report today on hospital capacity. That report estimates up to 52,700 hospital procedures have been cancelled or postponed in Ontario during the pandemic.

During Tuesday’s media briefing Ontario’s Minister of Health Christine Elliott acknowledged that 35 people may have died of cardiac arrest because of deferred surgeries. She also said that lives may have been lost due to postponed cancer surgeries as well.

The FAO report estimates that if Doug Ford called for a state of emergency in Ontario just five days later than when he did on March 17, the number of concurrent COVID-19 patients requiring critical care would have been four times as high as it currently is.

Ford asked about Quebec’s approach to the school year

Premier Ford was asked about Quebec’s approach to opening up elementary schools and daycares. “We don’t want to put kids at risk, I’m going to protect children at all costs. I wouldn’t do that here in Ontario.” Ford says Quebec is within its rights to reopen some schools May 11, but he won’t.

The Premier says Ontario will decide next month whether classes will resume in June or not and that decision will be made on the advice of health officials.

Quebec announced Monday they expect to have all elementary schools and daycares open on May 11. Ontario has maintained all schools will remain closed until at least the end of May.

The Ontario government launched the COVID-19: Tackling the Barriers website Tuesday. “This website will allow us to listen to and support businesses as they adapt to this new environment. At the same time, it should also make it easier for businesses to retool to produce the health-related supplies and equipment that our frontline workers need,” the Premier wrote in a media release.

“With COVID-19, we are facing unchartered territory. As government, we must be prepared to work with businesses and show some flexibility in helping them to overcome challenges they may have never faced before,” said Ford.