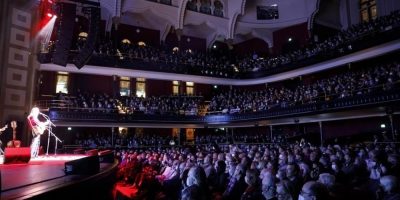 Advocates in the live music industry fear upcoming concerts — among them performances by Billie Eilish and Elton John — could hang in the balance as Ontario’s plan to ease COVID−19 restrictions hands them a tougher set of rules than those facing other entertainment events.

Some in the province’s live music and performing arts industries say they’re being treated unfairly as new rules go into effect on Jan. 31 that hold many of their venues at 50−per cent capacity until at least mid−March.

Meanwhile, other entertainment spaces including cinemas, casinos and restaurants have been told to anticipate being allowed to host a full house by Feb. 21.

Erin Benjamin, head of the Canadian Live Music Association, says it’s the latest setback for live venues and their owners, who are confused by provincial policies that deem it safe to eat maskless in a packed restaurant but less safe to gather masked for a concert.

“The application of the policy announced by the premier (is) really hard to understand when you look at what is allowed to be open at 100 per cent and what is not,” she said.

“I think the growing sentiment is that Ontario is closed for business.”

Benjamin said she worries the ever−changing rules could squelch a raft of upcoming concerts, from big−ticket shows led by international superstars to smaller club events by U.S. artists who may decide it’s not worth the cost of entering Canada to play a half−full venue.

“The idea of doing business in Ontario is so uncertain that folks are just not interested in constantly trying to navigate the rules,” she said.

“We’re hearing things like outright cancellations and conversations (on future tour dates) being paused until 2023.”

Two of the biggest acts in the near future include Eilish, who is slated to play Toronto’s Scotiabank Arena on Feb. 16, and John, whose farewell tour dates on March 12 and 13 were already postponed twice due to COVID−19.

Both of those artists are booked to perform before full capacity is permitted on March 14.

Neither artist had postponed nor cancelled their shows as of Tuesday afternoon, however Live Nation acknowledged the possibility in an emailed statement.

“The changes in regulations may result in the postponement of some shows. All ticket−holders will be contacted directly, and more information will follow,” the company said.

Some big names have already moved upcoming Canadian tour dates away from the first half of the year, including Dua Lipa who was slated to play Montreal and Toronto in February. Those shows are now slated for July 25 and 27.

In the theatre sector, many of the province’s companies have chosen to sit out the first several months of the year in hopes that spring will bring certainty.

“The theatre sector is so exhausted from false starts,” said Mitchell Marcus, chief executive of Toronto’s the Musical Stage Company.

“They continue to show, as has been shown so many times in the pandemic, that there isn’t fairness for the arts when the government is looking at the reopening strategy.”

Some of Ontario’s concert halls are planning to push ahead in the coming weeks.

Toronto’s Royal Conservatory of Music resumes performances at half capacity in early February, with an Aretha Franklin tribute show and Icelandic pianist Víkingur Ólafsson on the calendar.

Mervon Mehta, executive director of the institution, said it’s important for the non−profit to find a path forward for its donors and supporters, even if its organizers are “scratching our heads” at how provincial leaders drafted the latest guidelines.

“We’re glad to open gradually and we want to be cautious … but let’s follow the science; let’s not follow the politics,” he said.

“That’s all we’ve been asking for all along.”

This report by The Canadian Press was first published Jan. 25, 2022. 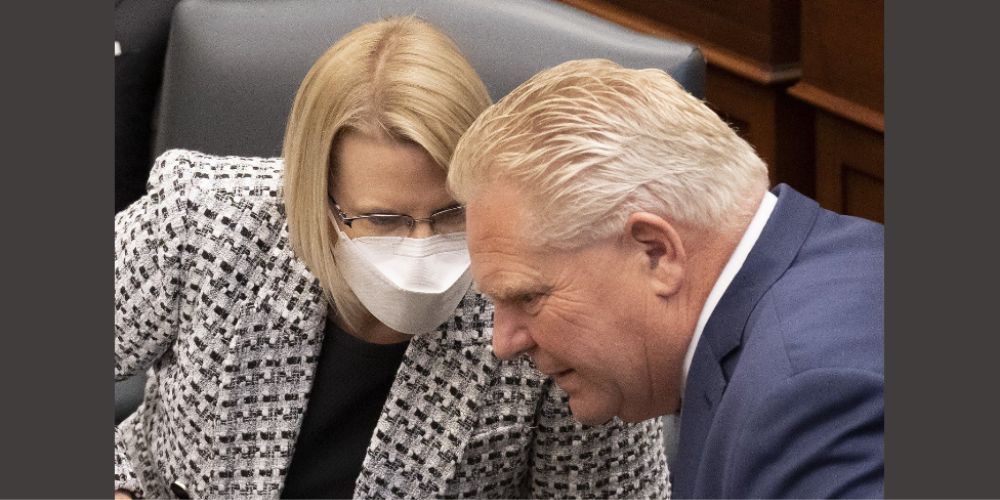