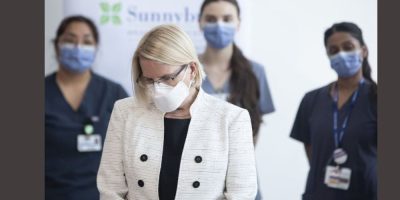 Ontario’s nursing college is proposing to register internationally educated nurses on a temporary basis, a move that could allow nearly 6,000 applicants to practice in the province’s hospitals amid a nurse staffing shortage that has led to temporary emergency room closures.

The college provided its response to the ministry Thursday, and said there are 5,970 active international applicants currently living in Ontario.

It says the college could make a regulation change — if the minister supports it — that would allow internationally trained nurses to be temporarily registered while they go through the process of full registration, such as completing education and an exam.

The college proposes to allow applicants who have completed nursing education approved in another jurisdiction to temporarily register, and to only revoke a temporary certificate after two failed exam attempts, instead of the one attempt they currently are allowed.

“These changes to the Temporary Class will enable IEN (internationally educated nurse) applicants with education gaps to register and practice as a nurse under terms, conditions and limitations for public protection while they complete remaining requirements (i.e., education, exam) to register in the General Class,” the college wrote to the minister.

“It also ensures that IEN applicants can maintain registration requirements they already met, such as evidence of recent nursing practice.”

The college also proposes to make it easier for about 5,300 non-practising nurses living in Ontario to return to the workforce, if they want to. Current rules say a nurse must have practised within the last three years to be reinstated, but the college says that regulation could be changed.

In addition to proposing new steps the college itself could take to register more internationally educated nurses, it is also calling on the government to do more to provide those nurses with necessary education.

“Since early 2022, CNO has been raising awareness among system partners, including the Ministry of Health, that the unavailability of appropriate education for IEN applicants is a key barrier to their timely registration,” the college’s council president wrote to the minister, along with the acting executive director and CEO.

“This remains the case today. Ministry collaboration and leadership are needed to mobilize key stakeholders to coordinate next steps towards establishing education options for IENs.”

Jones had also asked the College of Physicians and Surgeons of Ontario to suggest ways to speed up registrations of internationally educated physicians.

The college responded Thursday to the minister, pushing for a practice ready assessment program for international physicians in Ontario, noting that seven other provinces currently have one. The programs give the physicians a path to licensing by having them work under supervision and be evaluated over 12 weeks.

The college also asked the government to increase the number of residency positions available to internationally educated physicians.

“As only a small number of residency positions are accessible to IEPs, Ontario is essentially limiting the opportunity to quickly grow our base of future physicians and support IEPs,” the college’s president and registrar and CEO wrote to Jones.

“Taking immediate action now could create new opportunities for the summer of 2023, quickly injecting qualified IEPs into the system as trainees and creating a clear path to independent practice for this group.”

The college is also proposing a new temporary, three-month registration in Ontario for physicians licensed in other provinces or territories. It also suggests making it easier for retired physicians to return to practice and reminding hospitals they can hire international medical graduates awaiting registration under a 30-day “short duration” licence when doctors are needed on an urgent basis.

The government did not immediately respond to queries about whether they would accept the proposals from the colleges.