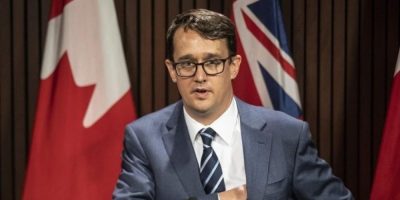 Ontario’s Progressive Conservative government says it plans to raise the minimum wage by 50 cents this fall, after the provincial election.

The proposed wage increase to $15.50 per hour would take effect on Oct. 1, after Ontarians are expected to go to the polls in June.

Premier Doug Ford’s government previously cancelled a 2019 minimum wage increase to $15 from $14 per hour, but then raised the wage to $15 per hour in January of this year.

Other provincial parties are making promises to boost the minimum wage if elected.

The Opposition New Democrats have said they will raise the minimum wage to $16 as of Oct. 1 if elected to form government, and bring the wage to $20 per hour in 2026.

This report by The Canadian Press was first published April 5, 2022.