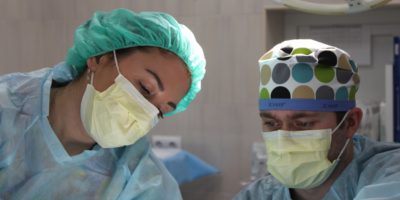 Ontario has outlined a framework for the resumption of scheduled and elective surgeries. Dates will vary from hospital to hospital and depend on staffing levels, personal protective equipment supply and availability of hospital beds.

“We’re telling hospitals and patients to get ready,” said Premier Doug Ford during his media briefing Thursday at Queen’s Park.

Ford says when COVID-19 hit and the province paused these surgeries – they made over 5,000 acute care beds available in an extremely short period of time.

Ontario’s Financial Accountability Office estimates up to 52,700 hospital procedures have been cancelled or postponed in Ontario since the beginning of the pandemic.

Ontario’s Health Minister acknowledged that 35 people may have died of cardiac arrest because of deferred surgeries. Christine Elliott also said that lives may have been lost due to postponed cancer surgeries as well. There were 1,000 non-emergency surgeries cancelled at Victoria Hospital in Barrie since mid-March.

That FAO report estimated that if Doug Ford called for a state of emergency in Ontario just five days later than when he did on March 17, the number of concurrent COVID-19 patients requiring critical care would have been four times as high as it currently is. 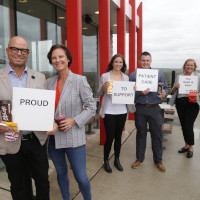