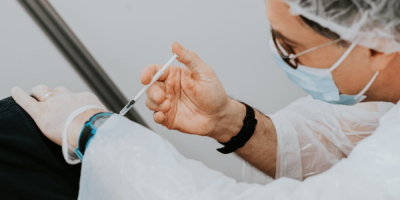 An Ontarian has lost his life after developing a vaccine-induced blood clot, the first in the province to die from it.

Associate chief medical officer of health Dr. Barbara Yaffe confirmed the loss of life due to vaccine-induced immune thrombotic thrombocytopenia (VITT) during a regular province-wide COVID-19 update on Tuesday afternoon. “While the investigation is ongoing, and a final cause of death has yet to be officially determined, it has been confirmed that the individual did have VITT at the time of his death,” Yaffe said. The risks associated with this vaccine are rare, but they are real.”

To date, there have been 16 cases of VITT reported in Ontario, while over 850,000 doses of the AstraZeneca vaccine have been administered.

The Ontario Government suspended first dose administration of the AstraZeneca vaccine in early May after the instance rate of VITT went from one in 100,000 to one in 50,000 in a matter of days. The province announced last week it would resume second dose administration of AstraZeneca, following studies out of the UK that indicate the chance of getting a blood clot from the second shot are somewhere near one in 600,000 doses.