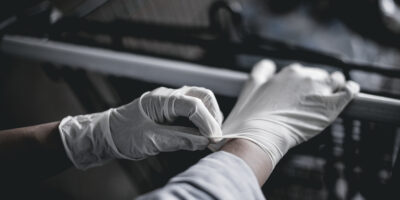 Ontario Premier Doug Ford says the province will share more details about the reopening of the province on Thursday.

Ford said Ontario will “hit stage one” in the coming days, adding that “good news” is coming.

“We will have more good news to share on Thursday on the next stage of the re-opening of the economy,” said Ford during his media briefing Tuesday at Queen’s Park.

Stage One of the province’s three-stage framework includes the opening of low-risk businesses, more seasonal businesses and some essential services.

Finance Minister Rod Phillips talked about the importance of the 80 provincial guidelines businesses can access to open safely, “We know the reopening phase is close,” said Phillips.

Ford says we will also learn on Thursday if the province will expand social gatherings from five to ten people. The Ontario Legislature voted Tuesday in favour of extending the Declaration of Emergency until June 2.

The province reported 361 new cases on Tuesday, a second straight day of increasing case numbers. Under the phased plan to reopen the province, officials need to see a consistent decrease in new cases over the course of two-to-four weeks before they loosen restrictions.

Review of LTC homes instead of inquiry

The province is facing criticism for not committing to a public inquiry into long-term care homes, where 1,239 residents have died from COVID-19-linked illness.

The premier said the government will do a “complete review” of long-term care instead of a public inquiry. “Anyone with congregate living, we will be doing a review from top to bottom,” said Ford.

Related: One of every two independent restaurants expect to close-up shop

He says the situation has been decades in the making and that they “inherited quite a mess.” “We are making improvements every single day in long-term care.”

Ford says the province is looking at COVID-19 testing in long-term care homes and congregant settings first before moving onto “random” testing in the general public.

There will also be “some positive news” coming for campers or trailer owners. Ford says he’s heard a lot about “fairness” from campers and trailer owners and how cottagers were allowed up north.