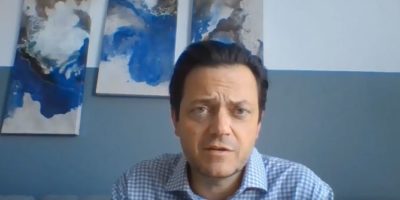 Ottawa and the provinces are being asked to step up to the plate and to immediately implement a paid sick leave program to support low-income workers.

The motion was put forward by Barrie Mayor Jeff Lehman, and was supported by his colleagues at a meeting of Ontario’s Big City Mayors (OBCM).

Lehman, who was appointed OBCM Chair for the next two years, says there is nothing in federal or Ontario law that requires employers to pay employees for sick days.

“What there is is the Canada Relief Benefit, which allows people to apply for money and get it aftewards,” explains Lehman. “The problem with that, of course, is you have to try and make it through the time until you get your CRB, and it doesn’t necessarily replace all the money you would have made working.”

The motion says governments should prioritize those who continue to go to work to provide essential goods and services during the pandemic.

Lehman feels this should be an obvious step in a pandemic to help stop the spread of COVID-19.

“Every year there is influenza, and it’s kind of the same situation,” says Lehman. “where one person goes into work and a whole bunch of other people get the flu and they’re all off sick. Wouldn’t it be better if people felt confident to stay home and didn’t have to choose between losing their job and going to work sick?”

Lehman praised Brampton Mayor Patrick Brown and Mississauga Mayor Bonnie Crombie, who he says have really been advocating for this.

“In both Mississauga and Brampton, you’ve got a lot of warehouses and logistics facilities where you do have this situation of essential workers, the people that are keeping the supply chains going for grocery stores and home delivery of everything from medical products to everything we need.”

Back in June, the federal government said there would be funds for workers to get up to 10 days of paid sick leave if they don’t already have such benefits.

When the idea was floated by the prime minister in a conference call with the premiers at the time, Doug Ford said there was very little support outside of British Columbia.

“I don’t support it,” Premier Ford said then. “We have legislation that protects jobs for people if they don’t feel safe. They don’t have to go into work. I’d rather put those funds into long-term care. I’d rather give those funds to municipalities.”

Asked about those comments, Lehman said the OBCM would like the province to do more.

“I think it’s fair to say that this is an issue where the provincial government on this issue had actually reduced sick leave prior to COVID.”

Lehman argues he can make a case for paid sick leave that is similar to the case for child care.

“Even if it wasn’t hugely necessary for all kinds of good reasons to support families and workers, it actually makes economic sense,” says Lehman. “To me, this is just good policy, and I think both the provincial and federal governments…this is something that should come during COVID.”