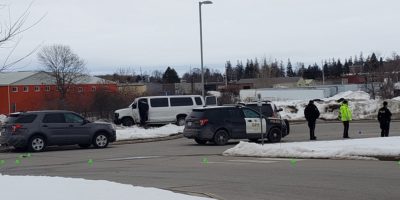 The Oro Medonte man arrested following a police chase through Barrie and beyond has been formally charged.

The OPP say the 37-year-old suspect is facing five counts of assaulting an officer, along with assault with intent to resist arrest, possession of a dangerous weapon, uttering threats, and dangerous driving. Several hit and run charges could also be laid.

The incident began shortly after 1 o’clock Friday afternoon when Barrie Police were called about an erratic driver. Police tracked down the suspect vehicle shortly after, discovering it was connected to reports of the theft of gas earlier in the day. Officers trailed the vehicle into Springwater, where one was injured when his hand became trapped in the vehicle’s door as it sped away from the scene. He was treated at hospital and released.

The suspect vehicle was then followed from Springwater to Oro Medonte, where the OPP took over, eventually stopping the vehicle near the OPP Central Region offices on Hurtubise Drive. Video posted to social media shows officers engaged in a struggle on the sidewalk near a white van. Several officers were injured in the incident.

During the course of the pursuit, at least eight civilian vehicles were struck. Aside from the officers involved in the pursuit and the suspect, no one was injured.