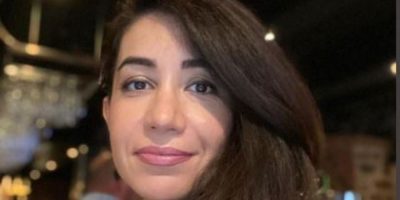 A $100,000 reward has been issued for information leading to the whereabouts of woman who was abducted from a Wasaga Beach home exactly a year ago, police said Thursday.

Three men dressed in police gear took Elnaz Hajtamiri from a relative’s house on Jan. 12, 2022, and loaded her into a white Lexus SUV, investigators have said.

The 37-year-old woman’s ex-boyfriend has been charged in her disappearance as well as an alleged assault that took place weeks earlier. But Hajtamiri remains missing and police continue to look for the three men who abducted her.

“A female not involved in crime is literally plucked out of her house with violence and nothing has been seen or heard from her in one calendar year,” Ontario Provincial Police Det. Insp. Martin Graham said at a news conference Thursday.

“That is incredibly rare.”

Two composite sketches created by the OPP Forensic Artist have been released to the public showing two of the three masked suspects who abducted Elnaz. Both suspects in the sketches wore dark jackets over their fake police vests, a balaclava with white trim pulled up over their nose and mouth, a gold, red and blue badge chained around their neck and dark pants.

Suspect #1: The first suspect is described as approximately 6’0″ tall, very skinny, lighter black skin, with a long narrow face. He had a thick black belt with an attached handcuff pouch and holstered black gun with a magazine inside. The gun appeared to have been worn, with metal areas exposed.

Suspect #2: The second suspect is described as approximately 5’9″ tall with lighter black skin. He is stocky with skinny legs, wearing white/cream shoes with a plastic toe cap, cotton black gloves and in possession of imitation handcuffs.

Suspect #3: The third suspect is approximately 5’9″ tall, lighter coloured skin, possibly Middle Eastern and thin. It was suspected that he had a firearm in his jacket.

Graham read a statement he said was provided by Hajtamiri’s mother, who family has said lives in Iran. She wrote it had been a “long” and “painful” year since she last saw her daughter.

“We open our eyes every morning thinking this will be the day she calls to tell us she’s alive and safe, but that day never comes. I just want to hug our daughter,” the statement read.

“We are perpetually living in a limbo of emotions and until we know what happened her, we can’t break out of this endless loop and move forward with the next stage of grief: acceptance.”

Police allege the three suspects – thought to be armed with a gun, wearing fake police vests, carrying imitation handcuffs, and disguised in balaclavas – abducted Hajtamiri from the Wasaga Beach home.

Her family has said she was hiding out there on the advice of police after alleged threats from an ex-boyfriend escalated.

“Someone out there knows the identity of these three suspects,” Graham said.

Weeks earlier, on Dec. 20, 2021, police allege two men violently assaulted Hajtamiri with a frying pan and tried to abduct her in an underground parking lot in Richmond Hill, Ont.

Her ex-boyfriend, 35-year-old Mohamad Lilo, and two other men were arrested and charged with attempted murder and attempted kidnapping in that attack, police said.

Police said they are aware Lilo, who is facing an abduction charge in Hajtamiri’s disappearance in January, is linked to a company that transports shipping containers within Canada and abroad.

The reward in the case that was announced Thursday is being offered by Ontario Provincial Police and York Regional Police.