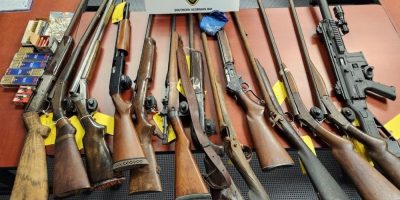 A search warrant executed at a home on Everton Drive in Midland has resulted in the seizure of several tasers, stun guns, and rifles with ammunition, along with drugs such as Ketamine and Methamphetamine.

The warrant on Wednesday was the result, police said, of an illegal weapons investigation led by the OPP and the Canada Border Services Agency.

A 40-year-old Midland man is facing the following charge:

The accused currently remains in police custody awaiting a bail hearing and will appear before the Ontario Court of Justice at a future date.