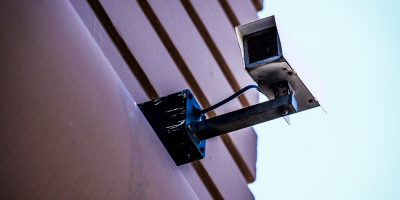 The City of Orillia is opting for a more crowd-based method of surveillance to replace its aging CCTV system.

At a March 12 meeting of the Orillia Police Services Board, members voted to transition to a crowdsourced means of keeping a watchful eye, establishing the Security Camera Registry and Mapping (SCRAM) program.

SCRAM allows residents and local businesses to register their exterior security cameras. In the event of a crime in the area, police can quickly identify who may have captured footage and ask them directly for help. “We need significant buy-in, we need significant participation for this to work,” said board member and Orillia Mayor Steve Clarke. “Not just in the core of the city either, but throughout the whole city.” Police often canvas neighbourhoods or businesses for security camera footage that may have captured criminal activity but the process requires time and resources.

In 2013, the City installed twelve security cameras at three intersections but the system has reached the end of its useful life; the equipment barely operates any longer and recent developments in the area mean line-of-sight has been interrupted for most cameras. “Quite frankly, and being very candid, it was probably installed with either insufficient or hardware that probably could have been different and certainly probably could have been installed differently,” said Clarke during Friday’s meeting. “As much as it has served some good purposes over the years. it’s been very problematic. It’s been high in maintenance.” The cameras will be decommissioned in the near future.

Applicants to the SCRAM program may be eligible for a rebate of up to 50 per cent of the value of the installed security camera system to a maximum of $500. Camera systems must be purchased or installed after April 1, 2021, to be eligible. Applicants must be the legal owner or tenant of the property in question.

The board voted to allocate $25,000 towards the rebate program. Another $3,000 has been committed to promote SCRAM.

SCRAM programs or something similar already exist in Barrie, York Region, Sudbury, Sarnia, and North Bay. Orillia’s program is expected to be ready to accept applicants in mid-April. A report will be presented to the police board in June of 2022 to rate the effectiveness of the SCRAM program.