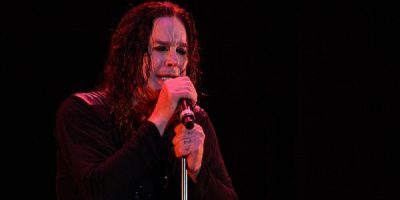 Ozzy Osbourne’s hour-long conversation with a horse was his sign to stop doing acid.

In an interview with the Daily Star, the prince of darkness revealed he used to drop handfuls of pills at one time, saying, “At that time in America, people were very fond of lacing your drinks with acid. I didn’t care.”

The sign to quit came in the 70s when he returned to England. He took about ten tabs of acid, went for a walk, and saw a horse.

He explains, “I ended up standing there talking to this horse for about an hour. In the end, the horse turned round and told me to f&#k off. That was it for me.”

Osbourn’s addiction issues have never been a secret.

In a different interview, he admitted he used to injure himself on purpose so he could get a prescription.

“I used to get a piece of wood and whack myself over the head so they would give me a bottle of pain pills” he said.

Years later, Ozzy eventually got sober. He’s had his ups and downs with sobriety but says he loves being sober.

His newest solo album, “Patient Number 9,” is due Sept. 9