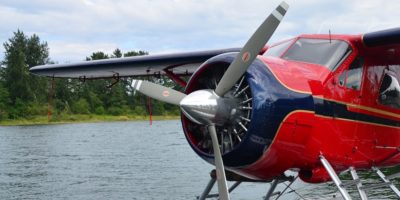 Like they say, any crash you can walk away from…

Two people escaped without serious injury after a floatplane struck a few trees in Muskoka Lakes.

Emergency crews were called to Tobin Island on Lake Rosseau around 3:30 Sunday afternoon, with reports of a crash there. It was later determined the craft suffered a mechanical failure of some kind, forcing the pilot to make an emergency landing.

The two in the airplane suffered only minor injuries in the ordeal.