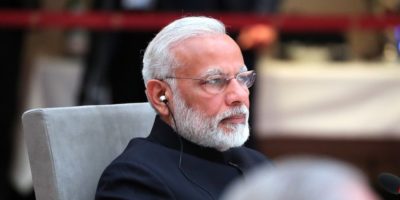 New Delhi — Indian Prime Minister Narendra Modi on Thursday justified his government’s move to revoke Kashmir’s semi-autonomous status as the picturesque Himalayan valley remained under a strict government lockdown for the 11th day. Modi said “a new approach was needed” on the territory, ownership over which has long been disputed with neighboring Pakistan, as efforts by Indian governments over the past 70 years “did not bear results.”

The Indian leader did not address in his speech the mounting tension between his nation and Pakistan fuelled by his move in Kashmir, which ramped-up further Thursday with cross-border fire by the opposing military forces reportedly leaving eight people dead.

Modi addressed the nation on India’s 73rd Independence Day from the ramparts of the iconic 17th century Red Fort in Delhi.

He said Article 370 and Article 35A, the constitutional provisions that had given Jammu and Kashmir state significant autonomy had only “encouraged corruption and nepotism.”

Article 370 gave the state of Jammu and Kashmir its own constitution and law-making rights for everything but foreign affairs, communications, and defense. Article 35A prevented Indians from outside the state from settling permanently there and buying land.

On August 5, India revoked both articles and bifurcated the state into two territories that will be directly controlled by the federal government, amid a security and communications crackdown on the residents of Kashmir.

Khan made the comments during his speech on Pakistan’s own Independence Day, celebrated on August 14, one day before India’s. Both countries came into being after the U.K. relinquished its colonial ownership of what had been a united India in 1947, creating two separate nations.

Since then, the two countries, both nuclear powers, have fought three major wars over Kashmir, which is divided between Indian and Pakistani controlled portions

“Whatever was done during the curfew by India, we will tell the international community that you are responsible. Whichever forum we get, I will be the ambassador and bring up Kashmir at every forum,” Khan said.

Pakistan has downgraded relations with India and requested the United Nations Security Council hold an emergency meeting on India’s “illegal” move in the disputed state.    Pakistan’s close ally, China, has also sought “closed consultations” on Kashmir in the UN Security Council, but no meeting has been scheduled.