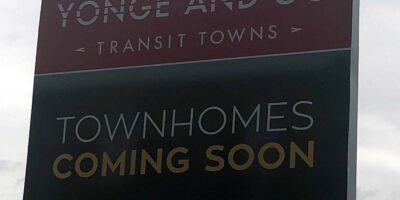 Canada Mortgage and Housing Corporation did not paint a pretty picture Wednesday for the housing market predicting the number of new homes being built and sold in Canada will remain below pre-COVID-19 levels until 2022.

Housing market to be hit hard by COVID pandemic through to the end of 2022, according to CMHC housing outlook

Realtors have already seen a sharp decline in sales numbers from a year ago – 56.8 percent in Barrie – though the average price of homes in the city increased, 15.2 percent to $522,400.

Barrie Mayor Jeff Lehman suspects it’s because the people who are buying have more money and have not been adversely affected by the pandemic. “This situation has disproportionately affected lower-wage employees, so you probably have fewer entry-level buyers,” he told Barrie 360.

And while a dip in sales is expected as we course through the pandemic, Lehman is not so sure Barrie will be hit as hard as other municipalities in the long term. “I think people are going to look at cities like Barrie and say ‘I can work from home now, I’m getting out of the GTA. Why should I deal with traffic, why should I pay what I have to pay in the GTA, why don’t I get a bigger place and a much higher quality of life’ That, I think is going to hold up our demand.”

Lehman has been calling builders in recent days to ensure their proposed projects and others already underway are still on stream, to see how the pandemic has affected them, to help make sure the projects happen. It’s important that they are, “those are lots of construction jobs, lots of benefit to the downtown businesses, and so on.”

And consider this, June’s city council agenda is “absolutely jammed” with planning and public meetings for large, proposed development, said Lehman, “including the three largest in the city’s history. We’ve already approved one that was the largest…we’ve got three coming that are bigger. And they’re all condo or apartment projects.”

Not all of the projects will be built as quickly as they’re being proposed, says Lehman, but even if a fraction are “it’s still going to be transformative, especially for the core of the city.”