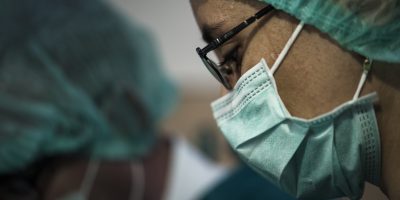 Three pediatricians’ groups are urging the Ontario government to resume in-person learning no later than Jan. 17.

The call is made in an open letter to Premier Doug Ford and Education Minister Stephen Lecce from the Canadian Paediatric Society, the Pediatrics Section of the Ontario Medical Association and the Pediatricians Alliance of Ontario.

They say they understand that the Omicron variant of COVID-19 is overwhelming hospitals and governments need to take action.

But, they say, “certain decisions and measures pose a far greater risk to children and youth than the virus itself.”

“Online learning is harmful. Social isolation and prolonged in-person school closures have precipitated increases in unhealthy behaviours – such as excessive screen time, reduced physical activity and substance abuse – and prevented children and youth from engaging in protective behaviours, such as connecting with their peers, participating in sports and recreation, and celebrating milestones,” reads the letter.

The @CanPaedSociety, @PedsOntario, and the Pediatric Section of @OntariosDoctors urge Ontario to open schools no later than Jan 17.
"The deteriorating health and well-being of children & youth is also a public health emergency."
Full letter here: https://t.co/2DMLrkgNin pic.twitter.com/Rqq7SQFck1

On Monday, the province announced that rather than resuming classes on Jan. 5 as scheduled, students would learn remotely until at least Jan. 17.

In a written statement Friday, Lecce said the province is prioritizing getting students back to class.

“Our government will continue to invest in safer schools, quality ventilation and PPE, as well as increasing mental health supports. We’ll continue to take action to keep students and staff as safe as possible,” Lecce said.

Ontario has seen record COVID-19 case counts in recent weeks, and on Friday reported an all-time high of 2,472 COVID-19 patients in hospital.