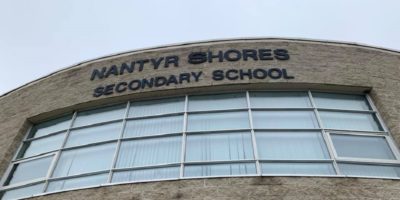 A youngster has been charged after some excitement at an Innisfil high school.

Police rushed to Nantyr Shores Secondary School around 9:30 this morning with reports three students were seen passing around a firearm. The school was placed in lockdown as the students in question were tracked down. Officers say one youth was taken into custody while a pellet gun was seized. That youngster faces a charge of Mischief.

Thank you to students, staff and @SouthSimcoePS for following established protocol during this situation. Further information will be sent directly to @WeTheShores families. https://t.co/AGEHc4ZMGi

A second student was arrested and subsequently released. The lockdown was lifted, while there were no injuries reported among students or staff.