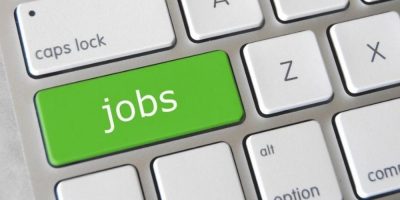 R-B-C says soaring food and energy prices, rising interest rates and ongoing labour shortages will push the economy into a moderate contraction, which it predicts will likely be short-lived.

Fedeli was at South Medic Inc to announce a $3.5 million dollar investment the company is making to purchase new equipment and do additional types of work, which he says will lead to another 25 people being added to the firm’s roster of 100 plus employees. Of that investment, $1.7 million is coming from the provincial government.

A great visit with @Andrea_Khanjin and @douglasdowney at @SouthMedic_Inc in Barrie. They've been manufacturing medical equipment for +35 years.

We're proud to support their $3.5M investment as we continue to bolster innovative tech so we can unleash Ontario’s economic potential. pic.twitter.com/8mZLuZVJjl

The report from R-B-C was not alarming to Fedeli, even though the bank expects the national jobless rate to hit 6.6 per cent next year and predicts household spending will slow as higher prices, interest rates and unemployment hit home. In the area of job creation, Fedeli says Ontario is well-positioned.

“Starting four years ago, the provincial government began to reduce the cost of doing business in Ontario, which turned to about $7 billion of savings to businesses every year,” Fedeli explained in an interview with Barrie 360. “That’s when we saw this influx of business, especially in the auto sector.”

In the last 18 months alone, Fedeli says the auto industry has announced $14 billion worth of new plant expansion in Ontario. He also points to the billions of dollars the Ford government is investing in new subways, highways, bridges, and sewers.

“For the next couple of years in Ontario, our biggest issue no matter what happens in the economy worldwide is where do we find all the people, because there are so many jobs, and companies are investing.”

Fedeli says manufacturers need people in skilled trades, so the government has invested hundreds of millions of dollars.

“Colleges have programs now for plumbers and electricians,” he says. “We’re spending a lot of time, energy and money getting those skilled trades in place, so we can satisfy that labour demand.”

The Nipissing MPP says the federal government has a chance to shine and help Ontario. Fedeli says Ottawa needs to rethink the carbon tax, but even more critical to him is immigration.

“We need them to open up the portals of immigration,” he says. “We need people here, and they have a backlog of months and months of immigration, and it’s really hurting us.”

Fedeli would like Ontario to get a similar deal as Quebec, where there are no restraints on immigration.

“The rest of the provinces have silos, and you can only have so many immigrants in a certain category,” he says. “The federal government, to be blunt, doesn’t really know what we need in Ontario, but we do. We know whether we need entrepreneur-type immigration or student immigration.”

Fedeli is confident Ontario can stand up to whatever economic turmoil lies ahead.

“It’s a real blessing in disguise having a labour demand when you see forces that are pushing headwinds again you, and it’s not happening in Ontario.”