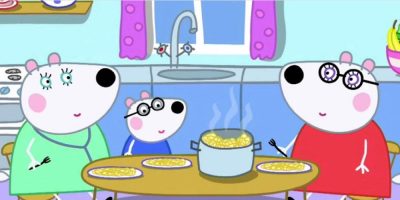 The classic children’s program has been on the air for 18 years, and this is the first time they have introduced a same-sex couple.

The characters are polar bears and appear in an episode called “Families.”

In the episode, while at a playgroup with her friends, Young Penny Polar Bear draws a picture of her parents and explains, “I live with my mummy and my other mummy. One mummy is a Doctor, and my other mummy cooks spaghetti.”

The decision to include a same-sex couple comes a few years after the show was petitioned to show more same-sex couples. The petition garnered more than 25 thousand signatures.

Meet Penny Polar Bear and her family in the scene below.