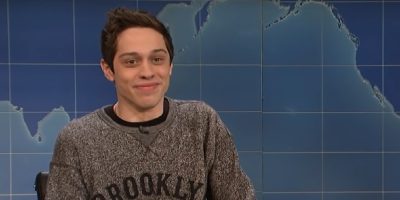 West was clearly happy about the breakup and posted a mockup of a front-page newspaper that read: “Skete Davidson is Dead at Age 28.”

Reports say Kim was furious about the post and other constant harassment of her then-boyfriend.

Sources say Davidson, who has bipolar disorder, has been undergoing trauma therapy since the spring.

A source told People Magazine “
“The attention and negativity coming from Kanye and his antics is a trigger for Pete, and he’s had to seek out help.”

The source added that he “has no regrets for dating Kim and wants it to be made very clear that she’s been nothing but supportive of him throughout their relationship.”